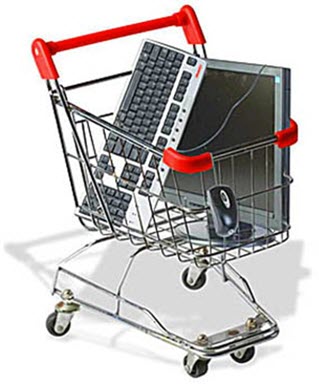 It’s time to buy that computer as a gift – again.

As tablets continue their upward trend, many people are switching away from their traditional computers – but in many cases a traditional computer, whether laptop or desktop, is still the right choice.  Here are some things you ought to consider this year.

While tablets are really light and travel well, in their standard state, they are not good workhorses for heavy duty writing (word-processing) or big data manipulation (complex spreadsheets).  Yes; they can be used effectively; but in most instances, if you’re in a production mode, desktops or traditional laptops will be faster and easier to use – with their more ergonomic keyboards, multitasking, and external mice.  Tablets are great for portability, connectivity, and doing tasks that are not heavily production oriented.

No Guts No Glory – NOT

It used to be that you would measure how fast a computer can run by the speed of its CPU; but that’s no longer the case.  Now the Intel line is generally split into i3, i5 and i7 models, but having the i7 doesn’t always translate into faster work output than the i5, and respectively the i3.  They are different technologies.  For instance, the i7 has four cores (which you can think of as 4 computers in a single chip), and the i3 has two.  So if your application can take advantage of four cores, it will run much faster.  Think graphics and engineering applications among this group.  But your email software and your web browser typically can’t take advantage of all those cores.  If that’s all you do, you don’t need an i7.

The latest operating systems from Microsoft (Windows 8) and Apple (OS X Mavericks) can take advantage of much more memory than previous operating systems – so having large memories can have even more of an impact than previously.  The operative term is “addressable memory”.  You can have lots of memory on your system; but if it’s not all addressable, it’s wasted expense.  For instance, while earlier versions of Windows were limited to 4 GB of addressable memory (or even 2), Windows 8 can address a whopping 128 GB to 512GB depending on the version.  Mac notebooks will address 8GB to 16GB, while the desktops will max out at 16GB to 64GB.  (Don’t use this to compare Mac to PC; they use memory differently.)

In general more memory makes your computer faster because it decreases the amount of movement of data between your computer’s CPU and your disk.  So a rule of thumb is more is better if you can afford it – but only up to a point.

One of the most marvelous technologies to come to mainstream computers in recent years are SSDs or solid state disks.  In essence, these are storage devices, like your hard disk drive, that have a technology factor much like the cards you put into your camera or phone or like your computer’s main memory.  They are much faster than normal hard disk drives, use a lot less power, and are less prone to breakage.  Prices have come down a lot in the past few years, but they’re still extremely expensive.  A 256GB SSD may cost you the same amount as a 1,000GB (a.k.a. 1 TB) hard drive.  The differences are even great on larger SSDs.

The rule of thumb here is if fast is much more important to you than cheap, SSD is preferred.  But you’ll likely need to make a trade-off.  When I was recently pricing out a Mac configuration, it was 60% more expensive with an SSD than with a traditional hard drive.  Lots of factors affect the price.

As always, I mentor you to buy for today, and NOT buy for the future.  Products will change dramatically over the next few years.  So while your computer might last you five years, you might find an innovation in two that makes whatever you purchase seem obsolete.  Don’t worry about.  Ride the wave.  Unless you break it, your computer will still be usable.  It just won’t feel as shiny and new.

It’s hard to believe that I’ve been helping you with your holiday tech shopping for 13 years already.  This year, I’m also helping with other buying – in a way that also helps local groups (such as PTAs, schools, fire departments, and youth activities) raise money through a concept called “Effortless Fundraisers”.  Please consider buying some holiday gifts through your favorite group store using the lookup widget below.  You’ll find cool, useful products, and in many cases, will get FREE SHIPPING.  Thanks – from me and your favorite group.  Here’s the widget: