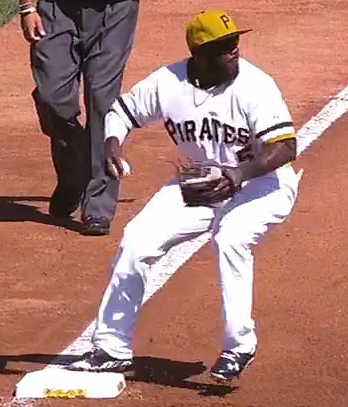 If you didn’t have a chance to see this weekend’s Pirates triple play against the Cubs, it’s worth taking a few minutes to watch it (and smile).  They did it the hard way — around the horn from third base.

Josh Harrison has lots of reasons to be proud this season.  Being among the elite few fielders to start a triple play is just one of them.  Jay-Hay and the buccos might be proving to the rest of the NL Central that they’re real.

As of this writing, we still don’t know whether they will make the playoffs.  But they’re certainly doing what it takes to prove to the fans that they are back.  Hopefully it will last a while.

This entry was posted in Pittsburgh and tagged baseball, Pirates. Bookmark the permalink.